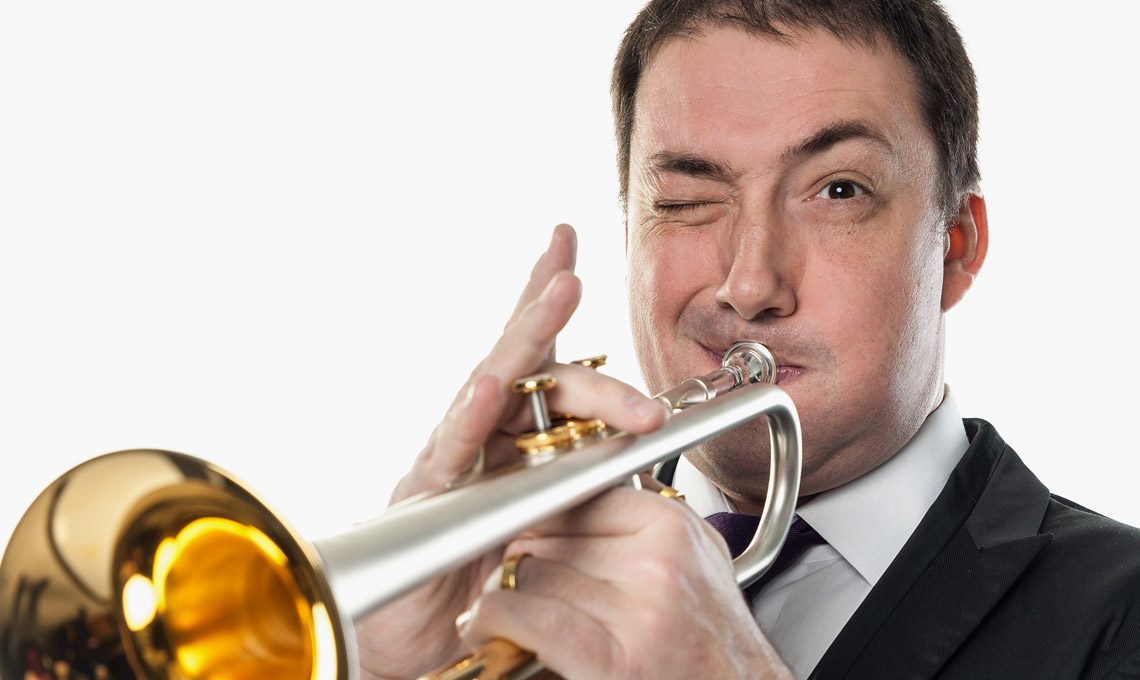 Mihail Yossifov is one of the most successful Bulgarian jazz trumpeters to have emerged in recent years. His talent as a musician and as an exciting on-stage presence is now spreading well beyond his mother country’s borders.

Welcoming the free-form and creativity of jazz, Mihail embraced the excitement of the music at school where he formed bands and groups to help pursue his interest and hone his playing style, going on to perform in many jazz competitions and concerts.

With an obvious exceptional talent, it wasn’t long before Mihail found himself in demand as a studio and on stage musician for different music projects, as well as performing with orchestras recording music for films and television productions.

Beyond Bulgaria’s borders Mihail has performed at jazz festivals all over Europe and has accompanied the Bulgarian President twice as part of cultural visits to Sweden and the Czech Republic.
In 2014 Mihail Yossifov was invited to join the European tour of the famous American band Pink Martini and since then he is the trumpeter of the European tours of the formation.
In November 2015 Mihail was a soloist of a concert with Athens Big band /Greece/ which was warmly welcomed both of the professionals and the public.

In 2009 Mihail was recognised in his own country as Jazz Musician of the Year, awarded the Golden Lyre by the Bulgarian Union of Musicians and Dancers. Other awards followed including those from Jazz FM and Classic FM radio stations for outstanding continuing contribution to Bulgarian culture.

Despite as a trumpeter he is active as an arranger and composer for different music projects – Mihail Yossifov Sextet, the female swing trio Sentimental Swingers, the female singer Militsa Gladnishka, the gypsy jazz band RomaNeno Project, Brazz Association COMBO.

Mihail Yossifov is the trumpet soloist of the Big Band Brazz Association /Bulgaria/.

Since 2010 he is a trumpet master in the Bulgarian National Music Academy “Pancho Vladigerov”.